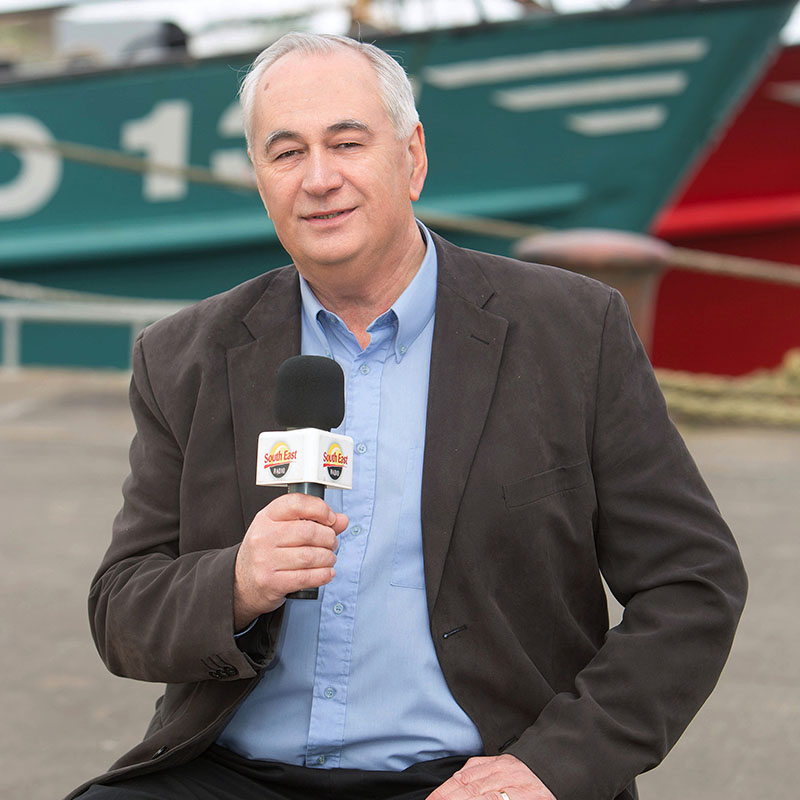 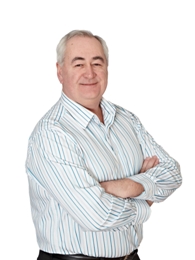 Alan McGuire was born and raised in Wexford as he says  “on the wrong side of the track” so much so that he was almost living in the Slaney! He admits to having a pampered upbringing, “while everyone else in the corporation estate froze during the harsh winters we had two lumps of coal for the fire”. Alan has a keen interest in movies especially traditional cinema but enjoys all types of music.

During his shows Alan likes nothing more than the banter with his listeners over the phone and listening to people pass on all types of knowledge. The staff of South East Radio love seeing Alan come into work as the majority of the time he smuggles in cakes and biscuits for sharing – the waist lines however are never thankful for his sharing nature!!

Alan would most like to emulate Fungi the Dolphin. He says Fungi goes swimming everyday and doesn’t feel the cold, is loved by everyone and seems to be immortal! Can’t argue with any of that!

In the unlikely event of being stranded on a desert island Alan’s 3 essentials would be 1. A Swiss Army pocketknife with at least sixty gadgets on it, including that most useful device for removing stones from horses’ hooves. 2. The Delorean car/time-machine from the movie “Back To The Future” with a fully-functioning flux capacitor installed. This would allow him to travel back millions of years to when the island was joined to the mainland, all he would have to do is drive off into the distance, avoiding hitting any dinosaurs on the way. And 3, an infinitely long roll of toilet paper – those coconut leaves can be a real pain in the butt!

Alan says that his most proud moment was “That wonderful day in September 1996 in Croke Park when I held aloft the Risteard O’Toole Cup as captain of the County Wexford team. We had just won the All-Ireland GAA tiddly-wink championships”

Alan would like his children to learn the following values from him;

If you were planning to go to dinner at Alan’s house you might have to squeeze in at the end as his ideal guest list is rather long;

Seeing a beautiful young woman on the arm of an ugly, rich man is likely to bring a tear to Alan’s eye- he’s such a softie!!!!!!!!!!