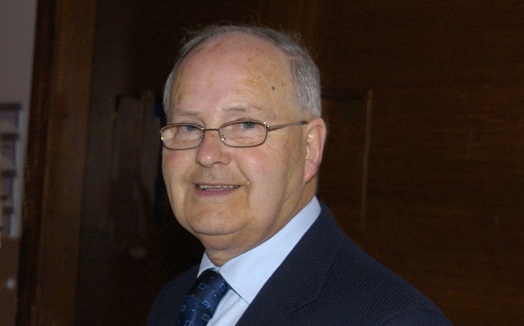 Sean Kinsella joined the St. Vincent De Paul Society when he was a young man and is still with them today, over 63 years later.  It gave him a great insight into the needs of people and the difficulties those on the margins of society were facing and the struggle of low paid families.  Sean thinks the key to solving poverty is to ensure that all our young people continue in education for as long as possible.

Sean joined the Parish Hall, Dun Mhuire when it opened in 1960 and 57 years on he is still involved with them.  He is a man who is very loyal to anything he joins.

He attended the very first meeting of the older peoples’ organisations in Wexford in 1965 when it was known as the Irish Red Cross Old Peoples Year. From this meeting Saint Bridget’s Old Folks Club was founded and this is still operating and has developed into Saint Bridget’s Day Care Centre.  He is an advocate for older peoples’ issues.  As he grows older and is a senior citizen himself, he becomes more interested in the various issues and needs of older people.

In 1971, he was involved in the formation of Wexford Community Services Council which is the umbrella body for the full Saint Bridget’s Complex.

He was one of the principal founders of the Information Centre which became the Citizens Information Centre – it was based in Saint Bridget’s Centre for over 25 years before it eventually transferred to its present location in Henrietta Street.

Sean is Chairperson of Wexford Meals on Wheels which is a wonderful organisation which started in 1970.  Apart from giving a hot meal, it is also a social visit and a contact.

In 1974, Sean was elected by all the voluntary bodies in the South East region to the National Social Services Council/Board.  He remained on that national body for five years up to 1979. It gave him a great insight into working with statutory and other voluntary bodies.

In the early 1980s Sean worked with the South East Partnership concerning older peoples’ issues and in 1986 he became Chairperson of the County Wexford Age Equality Network which is still in being and he is still Chairperson today.

1993 was designated the European Year of Older People.  The European Parliament decided that in every European country there should be an organisation that should be a strong voice for older people, their needs and their issues.  The retired trade unionists in Ireland invited Sean and the late Mary Ryan from Wexford to form a core group to pursue the objective of organising a strong voice for older people in Ireland.  They established the Irish Senior Citizens’ Parliament in 1996.  It is still going today and its sole purpose is to be the voice of older people. Sean is Chairperson of the County Wexford Division of the Parliament.

From 2006 to 2013 Sean was involved with Older and Bolder which highlighted many national issues concerning older people such as pensions, health and home care, to mention a few. These issues were highlighted through petitions (collecting signatures) and also meeting candidates going forward for elections.

Since 2015 he is involved in working with the County Wexford Age Friendly Alliance in conjunction with Wexford Co. Council and other groups to make Co. Wexford an Age Friendly County.

It is great to see Sean getting a personal recognition by being awarded the August Outstanding Achievement Award winner.  He is a remarkable man, a true professional and continues to have a vision for the future.