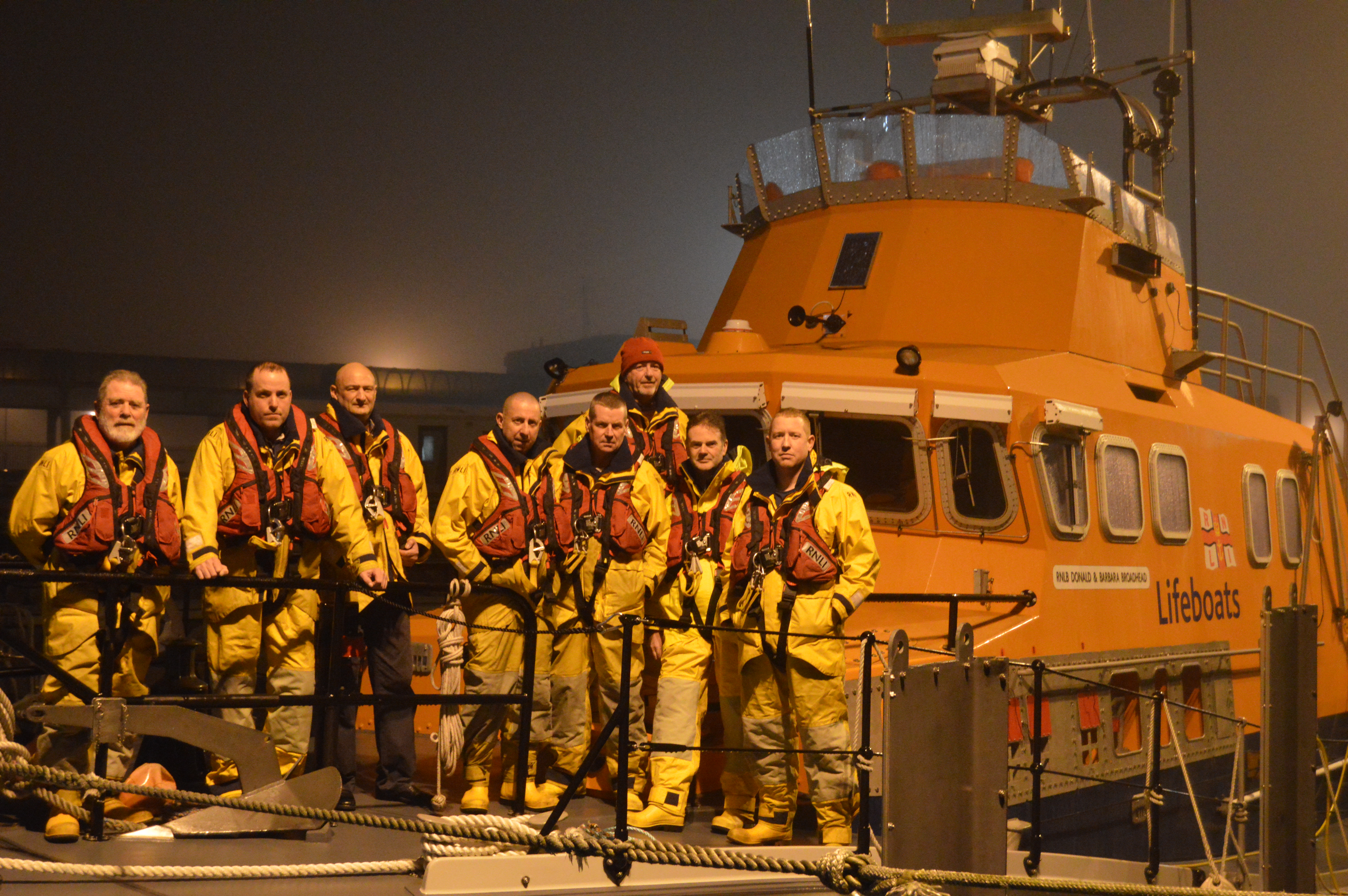 On the 16th October 2017, as Hurricane Ophelia began to batter Ireland, the Rosslare Harbour Lifeboat crew were tasked following a mayday call from a 10 metre yacht that was in serious difficulties off the Blackwater bank.

On activation of the pagers, a large turnout of crew reported to the station where coxswain Eamonn O Rourke selected and briefed his crew before launching the Severn class lifeboat into extreme conditions.

On reaching the yacht’s position, the crew learned that it’s crew of 3 had endured several hours of atrocious conditions and had been swamped several times, confirming that the 3 men were in serious and imminent danger.

Amid outstanding seamanship from coxswain Eamonn O’Rourke and the crew under his commanded a drogue was passed to the yacht in an attempt to steady her. Shortly after, in wind speeds of over 70 knots and white, foaming seas and driving spray, a tow rope was also passed over, and made fast to the yacht.

A decision to return to Rosslare into the weather, rather than head for Arklow was made, as the yacht was being overcome by huge waves. This involved turning the yacht, whilst under tow, in waters restricted on both sides by dangerous sandbanks.

Throughout the arduous tow back towards Rosslare Harbour, the lifeboat men kept the yacht’s crew reassured via VHF radio, whilst the families of the lifeboat crew waited anxiously back at home, knowing the danger they all were in.

As the lifeboat, the yacht and their crews reached the safety of Rosslare, a large crowd had gathered to welcome them home.

In recognition of their efforts, The Captain of the ferry “Stena Europe” provided a hearty meal for all concerned whilst local representatives including George Lawlor and Ger Carthy were among those who paid tribute to the outstanding and selfless act the crew had carried out.

On receipt of the October Outstanding Achievement Award, the crew were shocked and most humble.