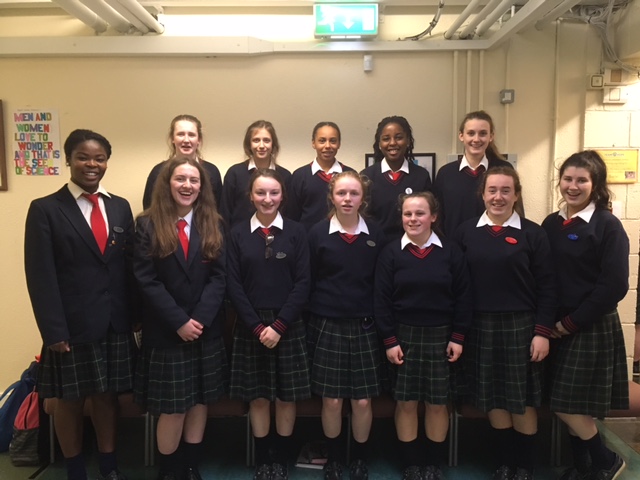 The journey of the ‘I am WORTH it’ mental health booklet began early 2016.

The students had a talk on mental health and realised they did not know where to go or whom to contact if they needed help. This was brought to the attention of the Student Council. They decided to do something about it.

They began by researching local numbers and websites suitable for teenagers. They held a competition to name the booklet.

“I am WORTH it ” was the winning entry as it stands for Wexford Offers Reliable Teenage Help.

They also decided on neutral colours as they wanted their booklet to appeal to all teenagers. This booklet now contains websites and local phone numbers for teenagers to contact if in distress in relation to exams, bereavement, drug misuse, anxiety or depression to name but a few.

Enniscorthy Credit Union heard about this initiative and sponsored the printing costs of 15,000 copies of the booklet.

Mental Health Ireland also came on board and sponsored the “I am WORTH it ” website, iamworthit.ie

On December 2nd 2016 their Student Council launched the “I am WORTH it”, mental health booklet for teenagers in Wexford. This launch was attended by Minister Helen McEntee and TD’s John Browne and Paul Kehoe. The Guidance Counsellors from all schools in County Wexford were also invited so they could bring their copies back to their schools.

They held “I am WORTH it” week to celebrate the 1st anniversary of their booklet and to also continue their work in relation to teenage mental health in Coláiste Bríde.

During the week they held knit and knatter classes, where the students sat on bean bags and improved their knitting skills.

At random times during the school day they dropped everything and danced!!

They had a walk and talk lunch activity.

On the final day they raised €640 for Pieta House by holding a lip sync battle between students and staff. This was very well received by the students!

The teachers from the Irish department won the Title Belt and get the honour of performing at our Annual Christmas Quiz.  They also attempted to break a world record.  This consisted of all our 700 students simultaneously walking ten paces with their left shoe on their right foot and vice versa.  This sounds easier than you may think.

On receiving the South East Radio/Talbot Hotel Junior Achievement Award, the girls were overwhelmed. They were delighted their efforts were recognised and feet that even if their booklet helps one person, it will all have been worth it.