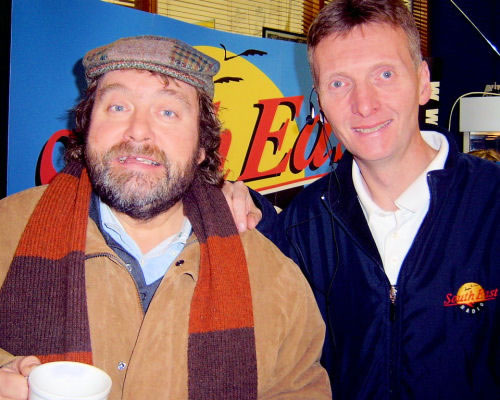 The 68-year-old had been battling lung cancer.

Born in Dublin, Brendan’s mother Christina Meyler came from Wexford where he had strong connections.

Last year Brendan grace was inducted in to The Irish America Hall of Fame in the Dunbrody Visitor Centre also attended by the late Noel Whelan.

Grace started his career in a showband but later became better known as a standup comedian.

He sold out venues across the world, and was particularly popular in the UK and US where he lived in later life.

But he was probably best known for his schoolboy character Bottler.