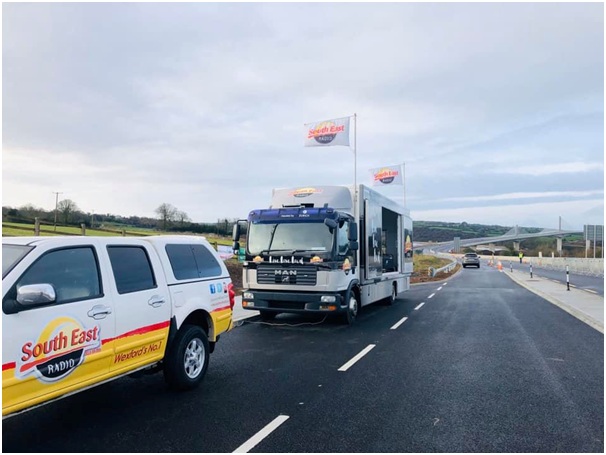 Copyright SER
South East Radio will be broadcasting live from the New Rose Kennedy Fitzgerald Bridge this Wednesday from 2pm.
An Taoiseach Leo Varadkar will be joined by Rose Katherine Kennedy Townsend to perform the Official Opening Ceremony of the New Ross Bridge and Bypass.
She is the great grandaughter of Rose Fitzgerald Kennedy whom the bridge is named after.
The 887-metre long structure  crosses the River Barrow between Wexford and Kilkenny and forms a major part of the upgrades to the €230 million N25 New Ross bypass.

The Official Opening Ceremony will take place  tomorrow afternoon  after which the road will be opened to traffic at noon the following day, on Thursday, January 30th.