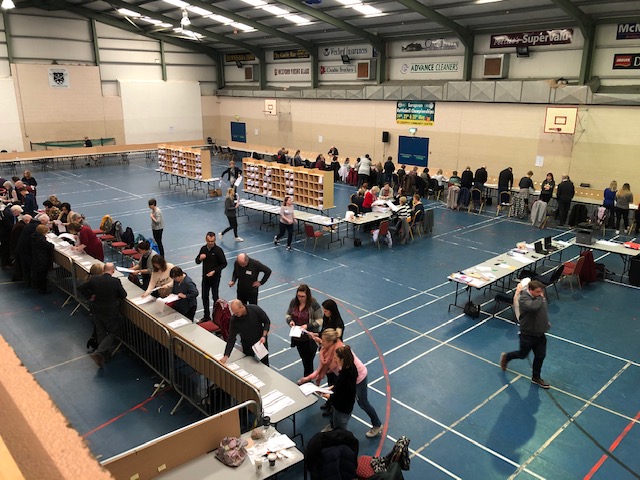 Day Two of the General Election Count in Wexford has resumed at St. Joseph’s Community Centre in Wexford Town.

So far one candidate – Sinn Fein’s Johnny Mythen – has been elected.  He created history yesterday becoming the first Sinn Fein TD in Wexford for 102 years.  He topped the polling securing 18,717 first preference votes.

Count 8 started at 10am this morning which is the distribution of FF Candidate Michael Sheehan’s transfers.

The Labour Leader Brendan Howlin is expected to be elected on this count.  He is just 206 votes off the quota of 12,513.

Fianna Fail’s James Browne is expected to take the third seat, with the Independent Candidate Verona Murphy in a good position to take the fourth seat.

The fifth and final seat will be a battle between Fine Gael’s Michael D’Arcy, his party colleague Paul Kehoe and Fianna Fail’s Malcolm Byrne.

Two sitting TD’s will lose their seats in Wexford today, but at the moment the race is too close to call which two will not be returned to the 33rd Dail.