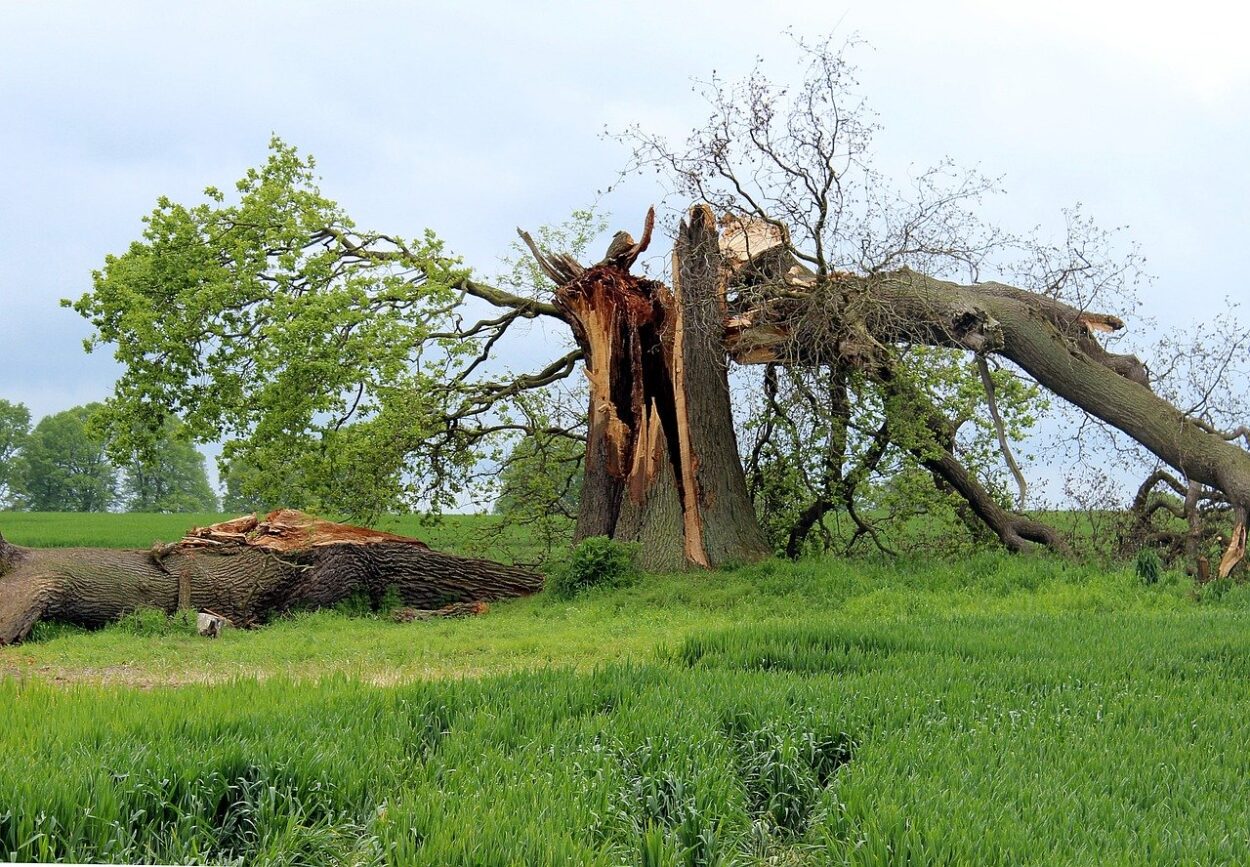 What has been described as a “mini tornado” struck a section of countryside in central Wexford last night.

It’s the second such event to hit the Adamstown area this year with a similar Funnel cloud spotted in the area in June.

Following serious winds and loud noises, local people in the areas of Haystown, Tomfarney and Kellystown were awoken from their sleep at around 11:50pm.

According to reports, trees were ripped from the ground, roofs were blown from sheds and some houses lost slates from their roofs.

The tornado also caused a number of trees to fall, blocking roads and caused damage to ESB polls in the area.

Locals have said they were “frightened” by the experience and didn’t get to see much of the damage at the time due to darkness.

The roads have been cleared this afternoon and power has been restored to the affected areas.