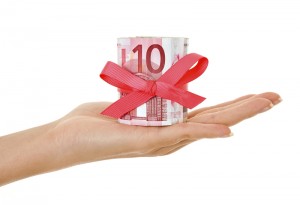 South East Radio is the home of the Secret Sound and after a month of guesses – Mark Coady from Ferrycarrig has identified South East Radio’s Super-Secret Sound!  Congratulations Mark – you’ve won €1,100 in cash, a €300 euro Smyth’s Arro Enniscorthy voucher and a Dyson V6 cordless vacuum worth over €400 euro from Joyce’s Expert Wexford!

Thousands of you tried to guess but Mark Coady cracked it!  He recognised the celebrity, he identified the everyday sound and he named the movie?   The answers were:  Snoop Dogg (celebrity), Pulling up the shower mat (household sound) and Elf (the movie)!